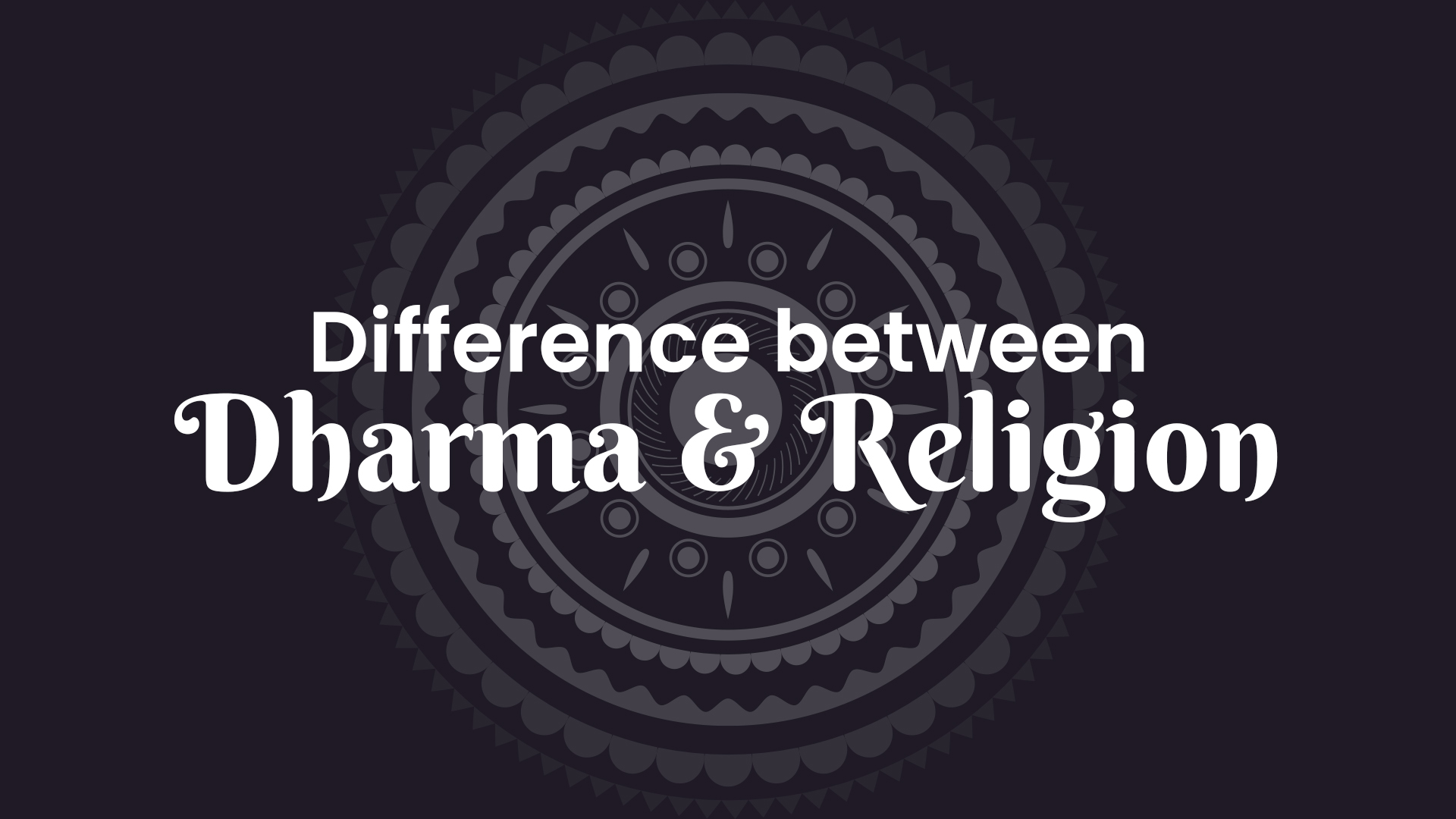 In our Vedic tradition, many words cannot be translated into English. Like Yog (योग),Karma (कर्म), Brahm (ब्रह्म), Dharma (धर्म) etc. We consider Dharma as Religion but that’s not correct. If we try to define Religion then we can say that religion is a tradition, not Dharma. Religion is a cult or a spiritual lineage that is called a Sampradaya (community). So, religion means community. Sampradaya (संप्रदाय) is made of two parts; सम + प्रदाय। That means giving something equally. When you give knowledge of a particular person or a book to someone in a good way is called a Sampradaya.

Sampradaya works on an ideology. Sampradaya has some lack of knowledge also. There are many things in sampradaya which are not logical. There have been many wars and war-like situations for religion. Religion works on a mass of people. In religion, you follow someone or someone’s path. On another side, Dharma is a work of wisdom.

Ved Vyas Ji has stated the difference between Dharma and Religion.

Thinkers say that religion works in the crowd and dharma is for intellect. Dharma should be followed according to reason and intelligence. You should not follow Dharma because everyone is doing that. You should follow Dharma if you find logic in that and if you want to gain knowledge. Following someone else path will make it religion, not dharma.

Sampradaya has a structure and basis on that we decide what is right and what is wrong.

A Scripture called Devi Bhagvat says that your religion or your sampradaya is decided based on your interest and who you worship. The selection of Dharma is not the same.

Now the question is what is Dharma?

which means to wear. Wearing that will maintain the existence of a person or a thing and that is Dharma. Dharma of the fire is to give heat and light that means whenever you will go close to a fire that will give you heat and light. Everything has its own Dharma.

So, what’s the Dharma of a human being?

For that, there is a detailed discussion in Mahabharata.

Ved Vyas Ji says that he has heard 8 ways of Dharma. He has heard that that means they consider Vedas.

You have to remember that Religion has rules, traditions, rights, and wrongs. But Dharma is not like that. Dharma depends on the place, time, and competency. That means if something good right now will change if a person, time, or place is different. If the person, time, or place is change is karma will be change. Good karma will become bad karma. The karma which is Dharma right now can be change into Adharma after some time and some changes.

That’s why Ved Vyas Ji has said that you should see the place and time for Dharma.

We have to do lots of brainstorming to know what is Dharma. If we want to learn about it only a teacher/master (guru) can help us. For that, we have to think about Dharma with our intellect, heart, and conscience. There is no formula for Dharma like Religion. Dharma is based on time, place, and person.

Ved Vyas Ji in Mahabharata says that the pace of Dharma is very subtle and the one who does not have control over self will not get to know about Dharma.