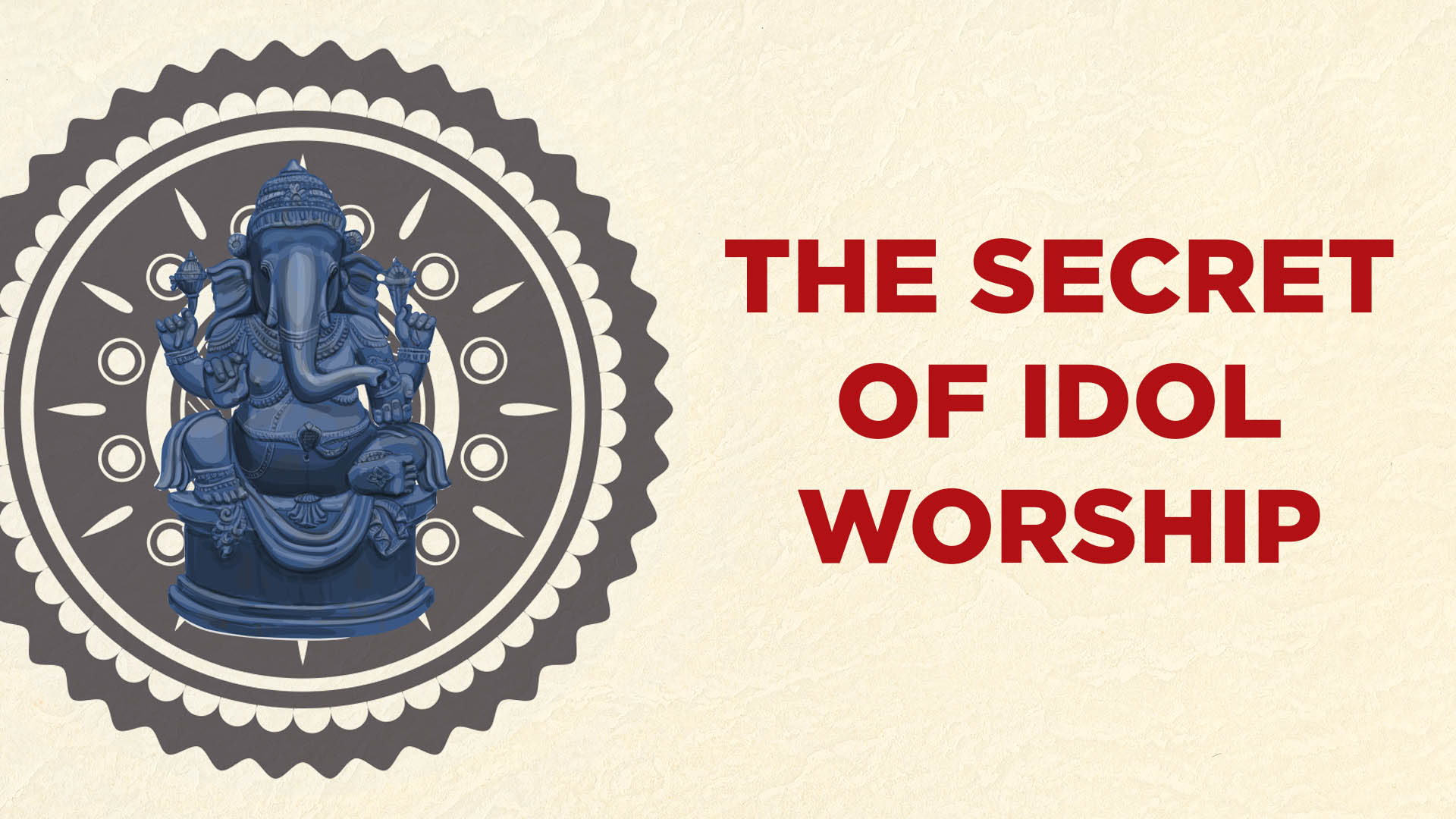 That means God has two forms;

Dead and Nectar, Constant and Variable, Sat and Tyat.

Here are two verses from our Vedas on idol worship;

The first is from the Atharva Veda.

The second verse is from the Yajur Veda.

That means, oh Mahavir! You are the idol of God.

Now the question is, why there are two forms of God mentioned in the scriptures?

Some people have a very high level of knowledge and understanding of life. That type of person can see the divine in their heart. But there are some other kinds of people whose intelligence is not so developed. They cannot see the divine so, they need some medium to worship. Everyone has a different medium to worship. Someone will see God in nature, find God in a person/teacher/guru, or find their God in an idol. That’s why there are two forms to worship.

A book named Shatattap has clearly explained that by this verse:

To understand it better, let’s think about kids of KG. When kids are in KG, they are taught that A for apple and B for ball. Why not anything else? Does A mean the only apple? No, A can be an airplane or B can be a bat. All the kids are taught the same to create an association. So, that kids don’t get confused after hearing different words.

In the same way, when someone starts believing in God, they are taught the basics that the idol is God. Just like A for apple for kids of KG. Here you have to understand that idol is not God. But an idol is the representation of God. Idol has its significations. That makes idol worship more special.

After knowing one story of Swami Vivekananda, all your doubts will be clear.

When Swami Vivekananda goes to Alwar’s royal court, the young king was talking about Dharma. King asks Vivekananda, “do you believe that God is only present in idols of temples?” Swamiji replied with No. After hearing No from Vivekananda, the king started saying wrong about idols. Once again king asks Swamiji, “can God be found in idols?” Swamiji knew about the real intentions of the king behind asking this question.

After some silence, swami Ji asked the king, “did you understand anything? Just like your alive form and your photo both are different, but still, your photo represents you. In the same way, there is a God divine energy who is Nirakar. An idol that is in the temple or house, represents the same God. The representation of God is an idol. One who can create this universe, one who can create us, do you think that God cannot be present in an idol?”

There is one more example that determines this.

If I ask you whether water is nirakar or sakar? You will say water nirakar because water changes its shape according to the vessel. But when you put that vessel full of water in the freezer, the water becomes ice.

Now, tell me, what is ice? Nirakar or Sakar? Ice is Sakar because it has a shape. Right! As water has two forms Nirakar and Sakar. Just like water, God also gets into a vessel with our reverence. And when we keep God in the freeze of devotion, they become our idol.

The same thing Shankar Acharya ji explains with this verse:

He says that God appears in the idol according to the reverence of the devotee.

People who have studied modern science, neuroscience, or our subconscious mind say that the human mind understands more in the language of photos and symbols. Seeing an idol in front creates positive energy in our subconscious mind. You will start getting energy from the surrounding.

Now the second question is, Whom should you worship?

In Shrimad Bhagawad Gita, there is a verse of Lord Krishna:

Lord Krishna says that “I establish the reverence of the deity of the person whom the person worships. “

You should worship the God that you believe in because every God is the same.