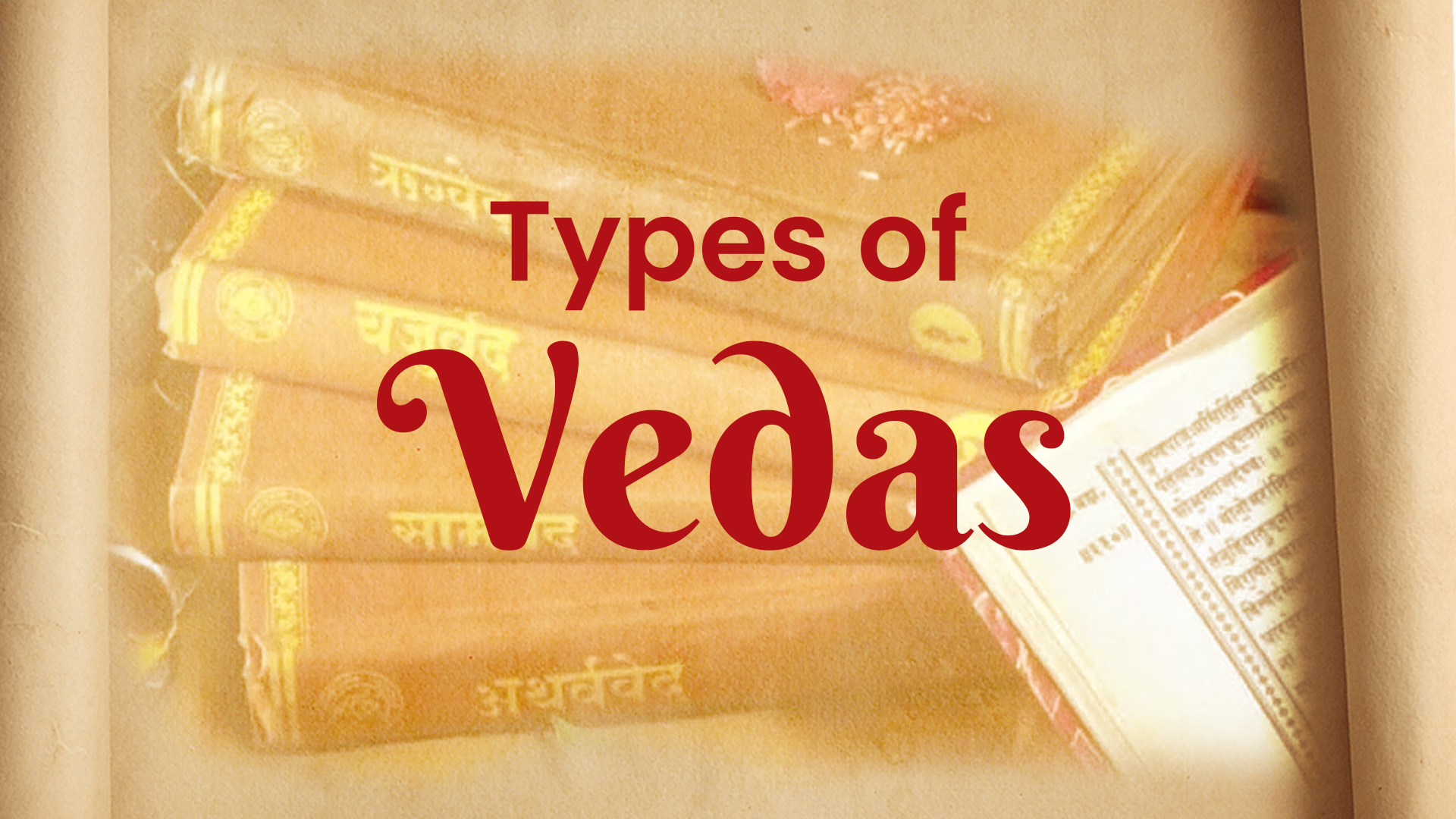 The Vedas are the religiously sacred texts which show the path of life and defines the term ‘knowledge’ or ‘wisdom.’ As per our knowledge, Vedas are of four types – Rigveda, Yajurveda, Samved, and Atharvaveda. But if we go through the ancient scriptures, we will know that ages ago, there was only one Veda.

Vedas are also called ‘Shruti.’ The term Shruti was given because Rushi-Muni first heard Vedas while in a meditative state. And they used to memorize it for ages. At that time, there were no written texts, so they had to spread the knowledge of Vedas through words and utterances. And based on that pronunciation, the Vedas are divided into three parts. As we all know, if we classify the language we speak in the context of articulation, it will be organized into three parts.

A Veda with specific alphabets in the form of padhya or written characters is called ‘Rigveda.’ In Nirukt scripture, the same has been stated :

‘If the number of words in the sentence is not fixed, the verse which is in the form of prose is called ‘Yajur Veda.’ In Nirukt scripture, the same has been stated :

Mantras or Verses that could be sung like a song are called Sam Veda. In Nirukt scripture, the same has been stated :

Due to the classification of Vedas based on pronunciation, many ancient scriptures say that there were only three Vedas – Rigveda, Yajurveda, and Samveda. There is a fourth Veda which is called Atharva Veda. Just because Atharva Veda has mantras and verses, all combinations of Gadhya, Padhya, and Gaan, it has not been counted or mentioned by many ancient scriptures. To reveal this, let’s see a mantra from ‘Purush Sukt.’

Satpat Brahman has also said the same. Agni, Vayu, and Surya have gained knowledge of Vedas by doing penance. The Shloka given by Satpat Brahman is :

Aacharya Puspdant has also said Vedas are three Shiv Mahima Stotram. The Shloka given is :

While the Vedas were memorized, they were called ‘Ved Trayl.’ Because Atharva Ved has all three kinds of verses – Padhya, Gadhya and

Not only this, even in Shrimad Bhagavad Puran, it has been mentioned in detail. Let’s have a look at the given verse :

A commentator of Yajur Veda, Mahidhar. He has presented this very nicely with the verse :

“It depicts that knowing the Vedic tradition from Brahma, Ved Vyas classified Vedas into four parts; Rig, Yajur, Sam, Atharva, and named them in slow-witted. Preached to Pail, Vaishampayan, Jaimini, and Samanu.”

Veda was only one, but when it was categorized in the context of pronunciation, it was classified as three types of Vedas named as Padhya, Gadhya, and Gaan. And after that, when Ved Vyas Ji classified them, he divided the Vedas into four parts.

So, if today someone asks us, how many Vedas are there? We answer it as four Vedas – Rigveda, Yajurveda, Samveda, and Atharvaveda. There is even a verse given in Garuda Puran which says that was only one Veda. Let’s have a look at the verse :

So, the conclusion is that the Veda was only one when created or found, but as the ages passed by, it firstly got classified into three parts based on pronunciation. Further, at the end of the dwarpa period, it was classified into four parts by Ved Vyas Ji.