March 11, 2021 - Secrets and Significance of Festivals 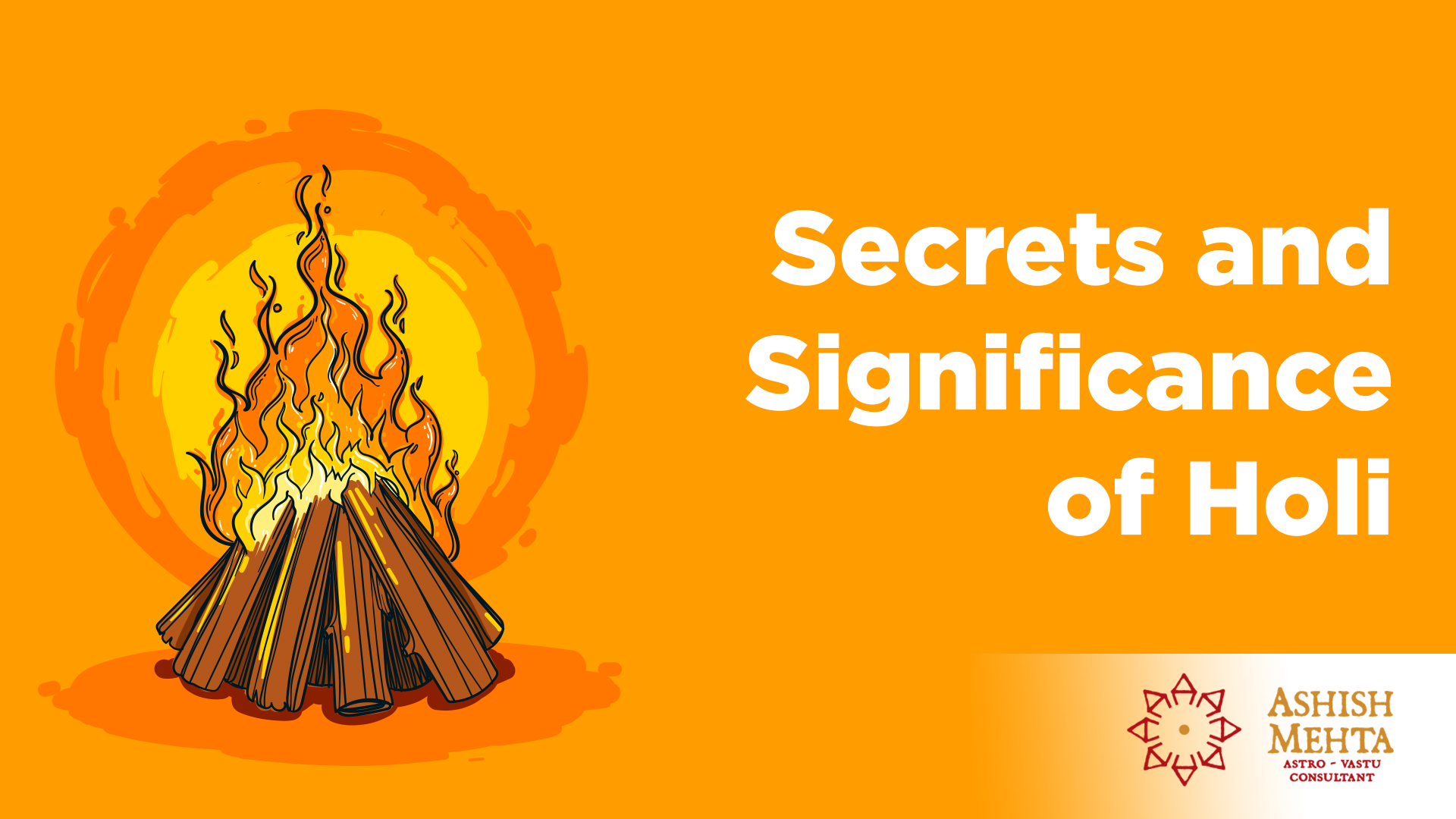 Holika Dahan or Holi is such a festival that has science and many secrets behind it. Holi is a festival of leaving all the negative energy and entering a world full of happiness. The day of Holi Dahan creates good energy because of some changes in the galaxy. The Moon which is called ‘Universal Mind’ and the Sun which is called ‘Universal Soul’ forms a unique planetary position, that generates transformative power on the day of holi.

Because of this energy, Holi is the best day to get rid of bad habits, negative mindset, jealousy, self-destructive behaviour and to start a new one. According to the mythological stories, the children of Kashyap Rishi and his wife Diti were known as Daitya(monster). They were called daitya because of their bad behaviour and mindset. The children of Kashyap Rishi were called Daitya vansh.

The three main children in the Daitya vansh were Hiranyakash, Hiranyakashipu (Hiranyakashyap) and Holika. Lord Vishnu killed hiranyakash that’s why Hiranyakashyap had grudges against lord Vishnu. After many efforts and meditation, he got some powers. After that, he ordered everyone to not worship lord Vishnu and everyone followed it except his son Prahlad.

Lord Krishna has said that he is Prahlad among the daityas. Prahlad was not like other daityas. He was a worshipper of Lord Vishnu. Because of Prahalad’s behaviour, Hiranyakashyap first tried to convince Prahlad but Prahlad continued to worship Lord Vishnu. Hiranyakashyap also tried to kill him many times but every time he did not succeed.

According to the verse of Shrimad Bhagavad Gita:

Finally, Hiranyakashyap asked his sister Holika to sit in the fire with Prahlad in her lap. Holika had a special fireproof shawl, by using that shawl she could enter the fire without any injury. Holika sat in the fire with Prahlad, Prahlad kept chanting the name of Vishnu. After some time Holika burnt but Prahlad survived. The reason Holika did not burn is given in the Vishnu Purana.  After decoding the secrets of Vishnu Purana, we get to know that Holika was not evil. When Holika sits in the fire with Prahlad a wind of thoughts came across Holika’s mind and she started thinking about this. After realising what’s right and wrong, Holika breaks the pattern of daityas. After realisation, Holika gave her fireproof shawl to Prahlad and saves him. She sacrifices herself and saves Prahlad from the fire.

Holi is a very important day because, on that day, we find the energy that helps us in breaking the bad pattern with some effort. We can bring a change in our life on this day.
That’s why on the next day of Holi we apply colours to each other to celebrate the new beginning.

What can we do on Holi Dahan?

Prahlad himself answered in the verse:

We have to have a positive mindset. We have to give a list of our bad habits to the universe. If you will start like this, the universe will help you to get that all. If you will do something for others without being selfish you will definitely get success. It has been called sadhu karma.

Holi is a day to break all the bad patterns. There is one more mythology story which is also connected with the breaking basic patterns for something good. That story is about lord shiva. There was a demon named Tarkasur. Tarkasur gets a boon that, only lord shiva’s son can kill him. When Lord Shiva was meditating, Tarkasur gets an advantage and he started troubling everyone.  So, it was important to break shiva’s meditation.  Everyone was scared of Lord Shiva’s anger but Kamdev tries to break the meditation of Shiva for the world’s safety by breaking his pattern of selfishness. Lord Shiva burnt Kamdev by opening his third eye. By doing that Lord shiva also breaks his pattern on Holi day.

Everything is produced and run by Karma. That’s why we should try to take good actions.

Watch it on the Youtube Channel of Ashish Mehta:  https://youtu.be/oV64-0pvmbs