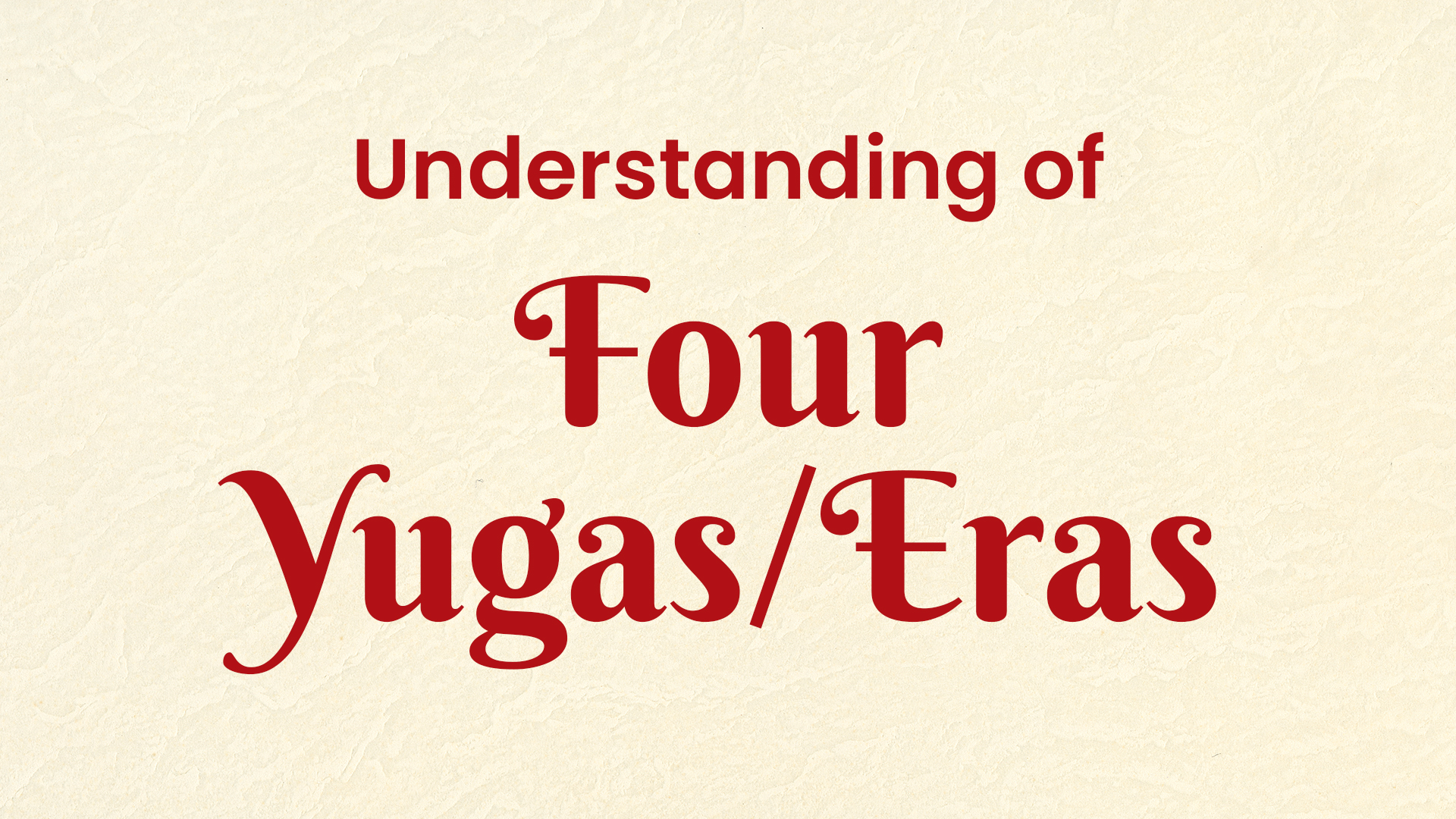 There was a king named Rewat who had 99 brothers. And he had a daughter named Rewati. When Rewati grew up and became eligible for marriage, a question arose in everyone’s mind including Rewat and his brothers. Even Rewati herself thought about whom she should marry. So, they all made a list of eligible candidates for marriage. Taking that list, both Rewat and Rewati went to Brahmalok to meet Brahma Ji to ask him to select a good match for Rewati after scrutinizing the list. At the time when Rewat and Rewati reached Brahmalok, Brahma Ji was listening to the music of two Gandharvas named ‘Haha’ and ‘Huhu’. Rewat thought that he should wait for the music to be finished, so he began to wait. After sometime when the music ended, Rewat took Rewati to Brahma Ji and said, “Brahma Ji, there is confusion in all of our minds that with whom should we marry Rewati. And for that, we have made a list. So Brahma Ji, kindly guide me with whom should I get Rewati married from this list.”

As soon as Rewat said that, Brahma Ji laughed and said, “Don’t you know that the human time, the time of Gods and the time of Brahmalok are different. By the time you were waiting outside and listening to the music of Gandharvas, four Yugas have passed on earth.”

Let’s see the shloka of Vishnu Purana delineating the same:

Brahma Ji continued and said, “It’s still not too late. If you will go back now, then on earth, there will be a period of Dwapar Yuga going on. And there, you’ll find Balarama, brother of Shree Krishna, the incarnation of Lord Vishnu. You can get Rewati married to Balarama.

So, Rewat and Rewati came back to earth. But when they came back, the earth was entirely changed. There was nothing like what they left before going to Brahmalok. Many rivers had extinct and there were many buildings that had been built up. Not only that, even the height of people had reduced. After meeting Balarama, Rewati got married to him. But, as we all know that the height of people was reduced in Dwapar Yuga but the height of Rewati was very tall. So, it is mentioned in Bhagwad Purana that to reduce the height of Rewati, Balarama Ji took a plough and pressed it on the shoulder of Rewati. Rewati’s height was reduced to the appropriate height of that period. After seeing this, Rewat pleasingly walked away to the Himalayas.

This story of Vishnu Purana explains a lot about time. The time of human beings, the time of gods and the time of Brahma Ji are different. And on the basis of that, the time period of four Yugas on earth is counted.

First of all, before going towards the understanding of four Yugas, it is very important to understand Kaal. To classify the types of Kaal (time), a verse has been given in Surya Siddhanta.

Gross time is a measurable time period, so it is also called death time. But the subtle time is not measurable and that is why it is called Amrit time.”

The science of knowing this measurable time period is called Astrology. And it is also given in Vedang Jyotish.

Now, a verse has been given in Narada Samhita which states that astrology has three subdivisions – Siddhanta, Samhita and Hora.

Among these three subdivisions, the Siddhanta part of astrology is also called the ‘math’ part. And in Siddhanta’s part of astrology, it is clearly described how the calculation of days, months, years, four Yugas can be done. Bhaskacharya has given a verse in the Ganit chapter of his text, Siddhanta Siromani.

So, there is no medium other than Astrology for the calculation of time period. Now, let’s understand the four Yugas that are classified on the basis of qualities of the time period. And the four Yugas are Satya yuga, Treta yuga, Dwapar yuga, Kali-yuga. A verse has been given in Bhagvat Purana depicting how long is each Yuga.

“Satya Yuga, Treta Yuga, Dwapar Yuga and Kali Yuga are the four Yugas. The total time period for all these 4 Yugas is 12000 divine years or the years of deities.”

To calculate the years of human beings in correlation with the years of deities, we will have to go through the principle of the lunar calendar. Because the Indian Vedic month is calculated by the Lunar month. As we know that the moon has two sides – Shukla Paksha and Krishna Paksha. The moon keeps on reducing for 15 days till it gets disappear and then the moon keeps on increasing for 15 days till it appears completely. And the total lunar cycle makes a month. For this, a verse has been given in Taittiriya Samhita.

We have in total 12 lunar months. So, the Indian Vedic year is of 12×30=360 days. This is called one human year. It has been stated in scriptures that one human year is equal to one day of deities. For certainty, let’s see the verse of Taittiriya Brahman.

This entire mathematical principle is explained in a simplified verse of Atharvaveda.

So, by any of the above two principles, it is clear that the time period of earth before the holocaust is 4 billion 32 crores human years.

In 2022 i.e. the present year, Kali Yuga is in its first phase. And according to the calculations, it has been mentioned in scriptures that it’s only been 5122 years since Kali Yuga has begun. We know that the total time period of Kali Yuga is 432000 years. So, there are still many years left for the end of Kali Yuga.

There is a question that has been constantly asked by the people. Has Kalki, the avatar of Lord Vishnu already taken birth on this earth?  The answer is no. The last avatar of Lord Vishnu, Kalki is not born yet. It is clearly mentioned in all the ancient scriptures that the Kalki Avatar will be born at the end of Kali Yuga. And it’s still 426,878 years left for the Kali Yuga to get an end. So, there is no possibility of Kalki avatar being born in the present years.

By now, you might have probably understood the measurable time period i.e. Mrut Kaal. But, there is another time period that cannot be objectified. It’s a subjective time and it may vary from person to person. An amazing verse has been given in Aitariya Brahman to explain this subjective time period.

This is the meaning of subjective time period. We cannot choose the era we were born in but we can definitely choose the era we want to live in. The Yuga of our birth period cannot be changed but it’s upon us how we live our lives and according to which Yuga we live our lives. So, if you wish to live in the golden period of life, stay committed to what you want in life, remember to stay true to yourself and always follow the path of truth.